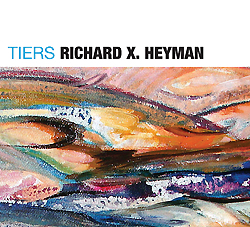 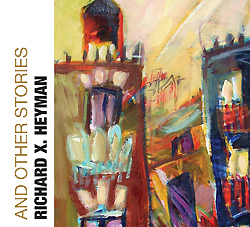 Like that other music artist from New Jersey, Richard X. Heyman likes to do things his way. So when he decided to record two albums simultaneously, there was no stopping him. The end results are Tiers/And Other Stories, two complete works on two separate discs in one package.

Tiers is a pop opera, the story of Richard meeting a girl in Bethesda, Maryland, then leaving her after a brief courtship to go do battle with the music industry in Los Angeles. It took three years for the reason to rhyme, as Richard puts it, but he finally figured out that the girl he left behind was the love of his life. This musical travelogue takes us from Maryland to California to New York City where Richard reunites with his future wife, Nancy.

And Other Stories is just that – tales of life in NYC. Many of the tracks are what he calls “lifestyle songs”, lyrically dealing with strongly held beliefs on love, life and loss. Along with the usual suspects (Beatles, Dylan, Who, Byrds, Kinks), Richard has always been a huge fan of Broadway musicals, especially the older classics like West Side Story, My Fair Lady and Oklahoma. He also admires the music of Aaron Copland as well as other classical composers. All these influences shaped Richard’s musical landscape and you can really hear this diversity on these two new releases.