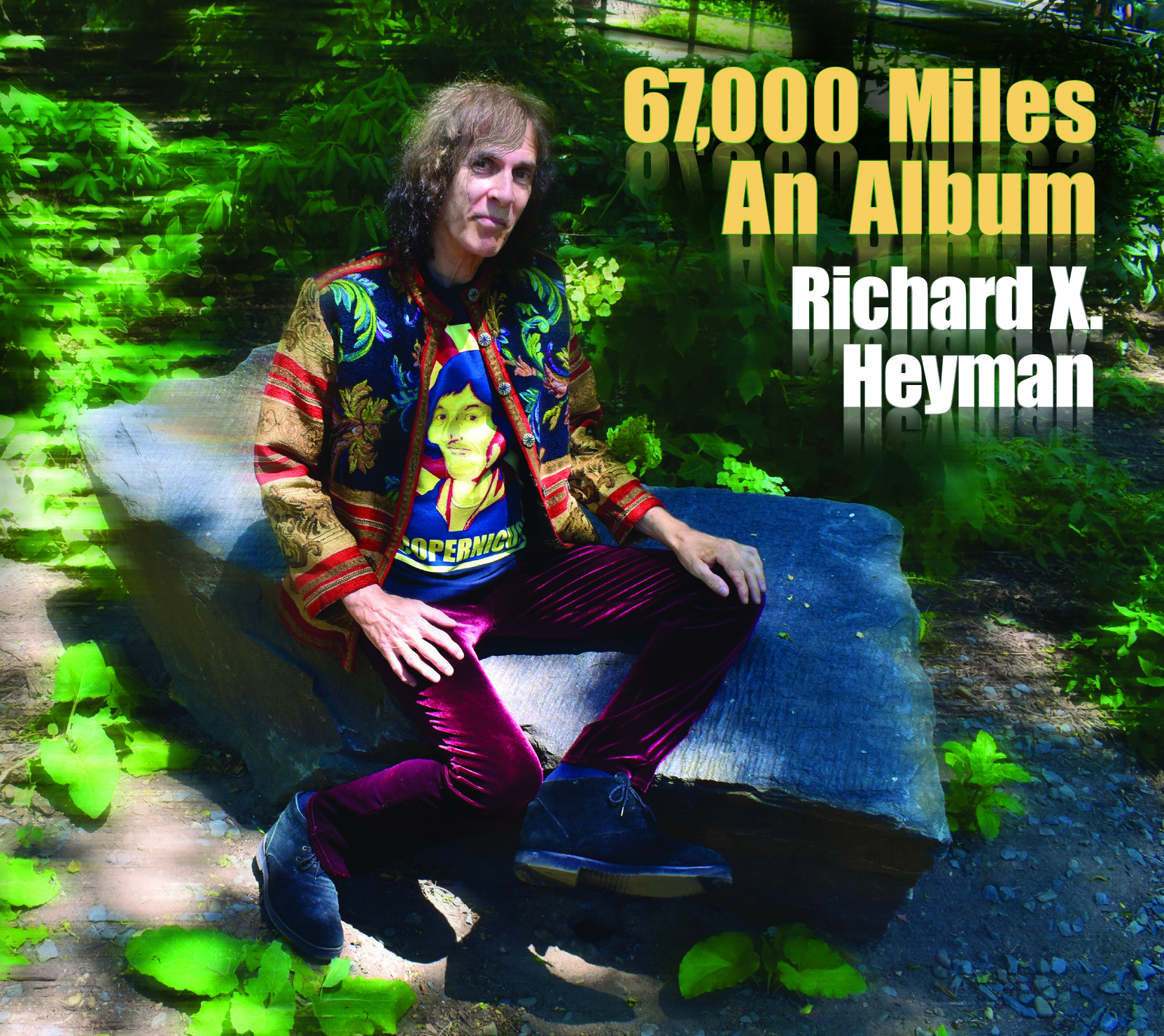 As I write this in the stillness of a summer day in New York City, I am reminded that we are all speeding through space at 67,000 miles per hour. If that wasn’t enough, we’re also spinning around at over 1,000 miles per hour. It kind of reminds me of the Tilt-a-Whirl I used to ride at the Fun House in Asbury Park. My new album deals with this frenetic issue among other topics. It’s called, no surprise, 67,000 Miles An Album. That’s the approximate distance you will travel as you listen to these songs. Have a nice flight! -RXH

“With his stunning new effort, 67,000 Miles An Album, Richard X. Heyman once again proves why he’s become so firmly entrenched at the highest rungs of the power pop pantheon. That’s no exaggeration! His mastery of making indelible hooks, compelling melodies and adroit execution that sync in such perfect tandem is, of course, well established, but now, more than ever, he truly deserves to be recognized in the same quarters as Brian Wilson, Ray Davies, Pete Townshend, and all the other greats that hold true to a timeless template.” -Lee Zimmerman, writer, author and rock and roll devotee

For more information, write to Nancy at nxheyman@hotmail.com.